On the first week back after half term, the children took part in a World War Two day. They dressed up as evacuees, played wartime games and even tasted wartime foods. 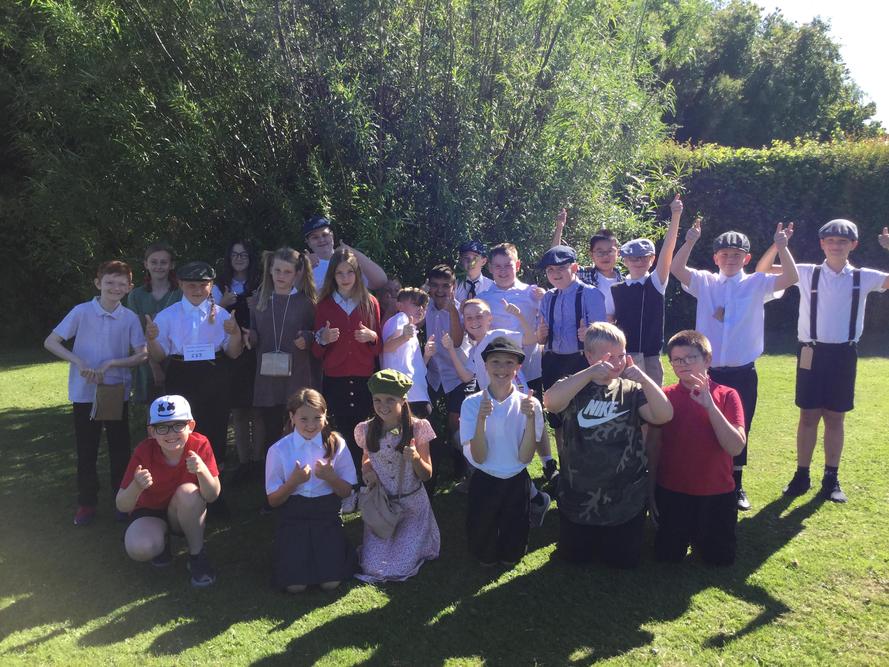 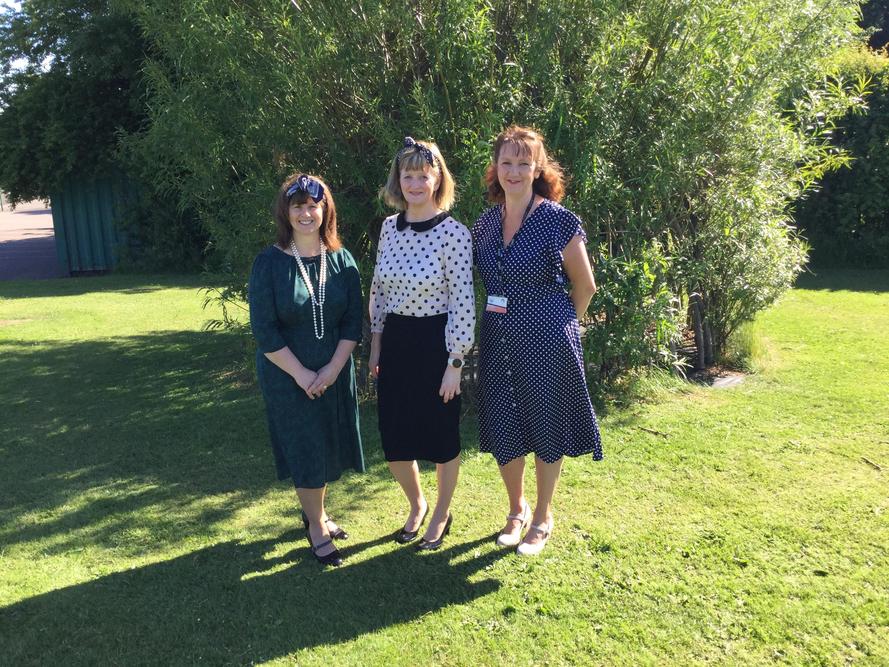 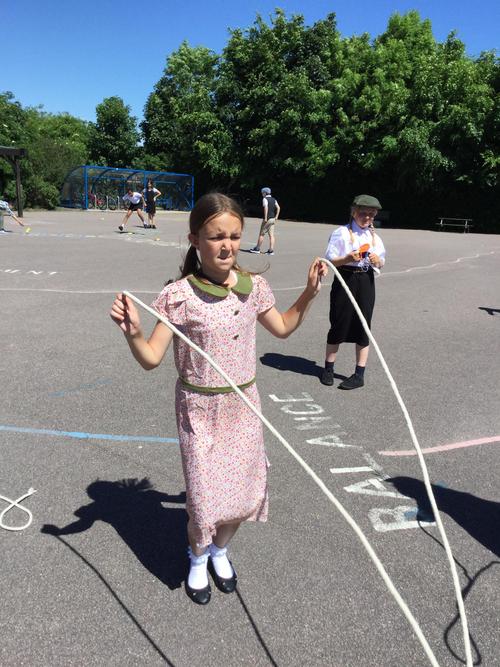 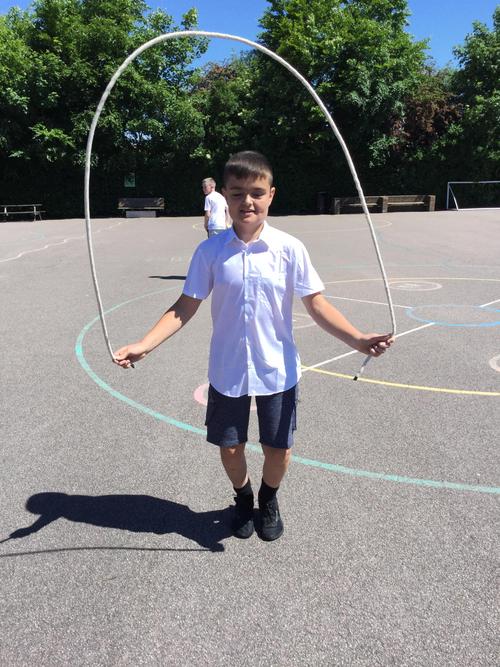 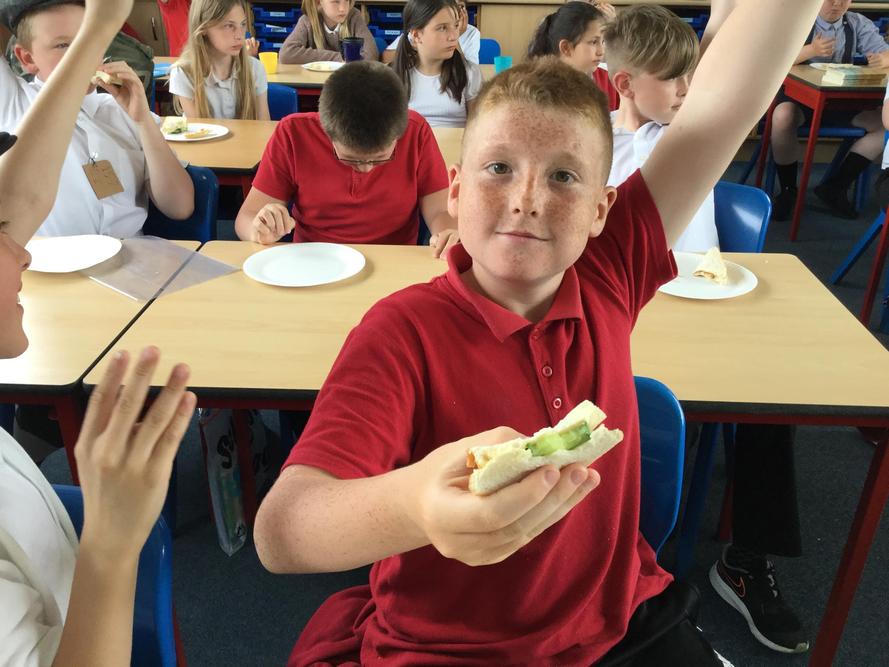 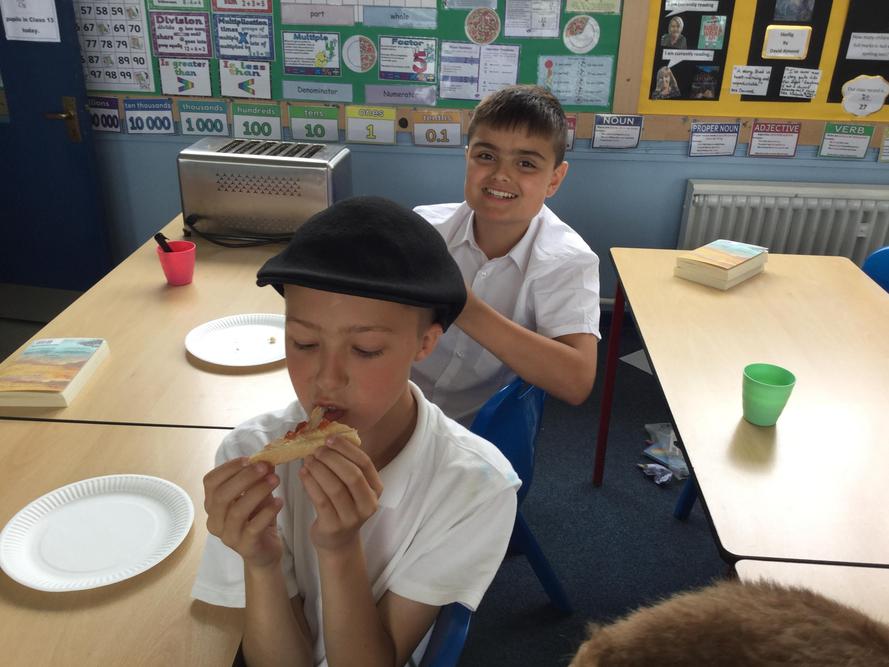 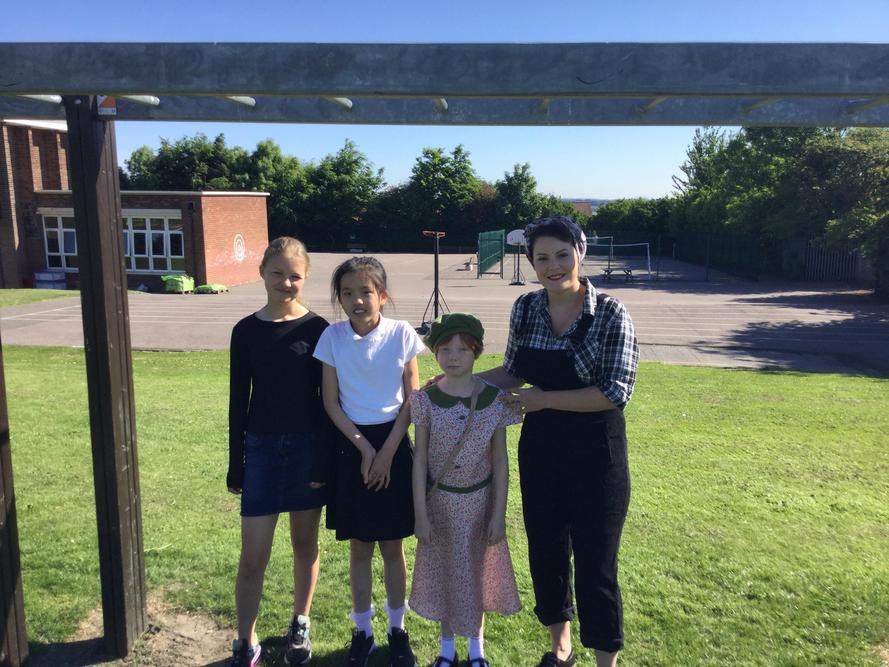 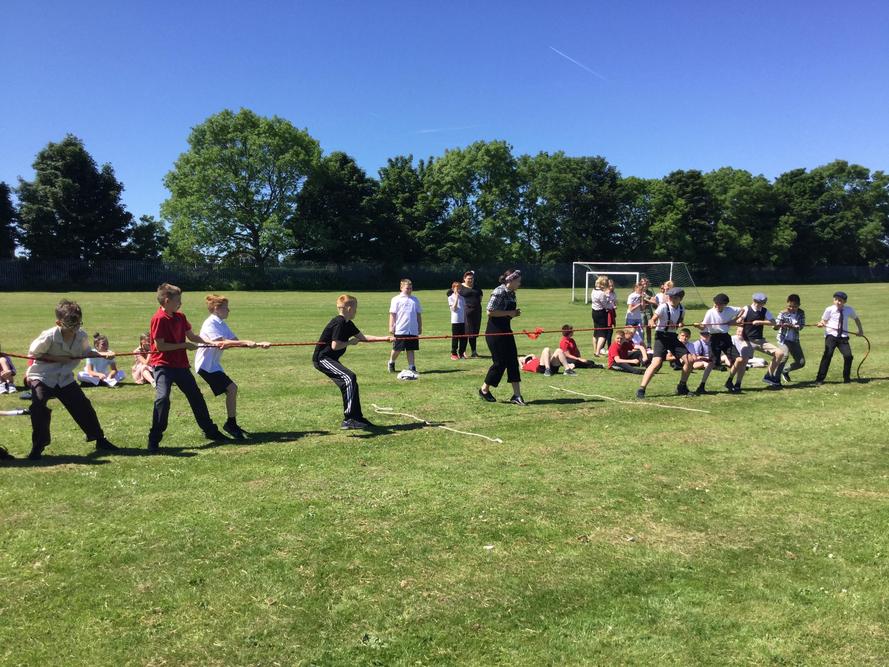 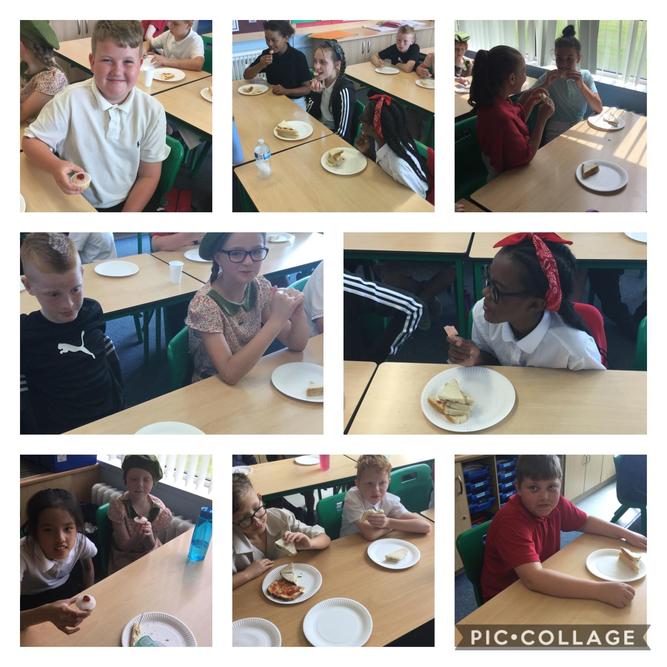 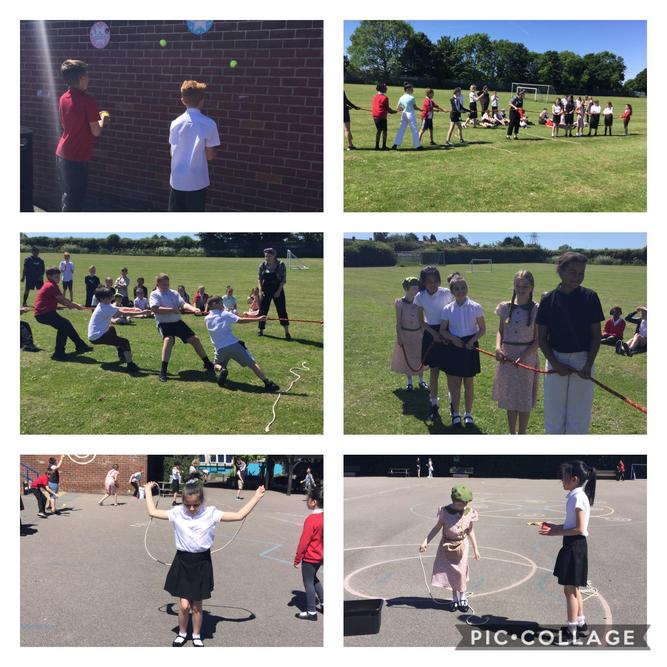 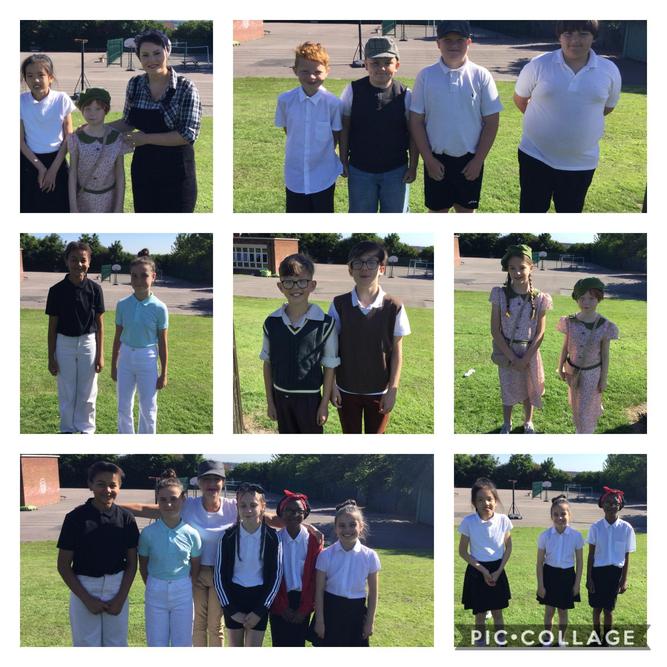 We said farewell to our Y6 children this term. Their final week was spent taking part in a range of activities and making memories together.

The children created a keepsake using leaves and plants from the school grounds and spray paints.

They used flint and steel to create sparks and make fire.

The children played team games on the field.

They learnt how to play a Viking game called 'Kubb Spiel' where they played against each other to knock over the opposing team's blocks. We finished the day by singing songs around the campfire.

Walk in the woods

We walked to Scholes Woods and took part in a den building competition. The den had to be big enough for each group to fit in and also had to withstand rain.

We found interesting items during our scavenger hunt.

We had to work as a team to guide our group through the woods wearing blindfolds during our 'nightline' activity.

On Wednesday, we walked from school through Greasbrough Dam, all the way to Wentworth Woodhouse and had a picnic on the grass.

A day of sports

We took part in orienteering, archery, sports day races and other activities on the school field.

Fun was had by all on Thursday night at the Leavers' Disco.

Friday was our last day all together. The children played games, signed each other's shirts and said their goodbyes to staff and other pupils. In the afternoon, parents were invited into school for a leavers' ceremony.

This half term, the Y6 children have thoroughly enjoyed learning about the impact that WW2 had on our local area and the country. We have incorporated all of our topic learning into this area as well as our literacy and aspects of maths.

During our whole class reading sessions, the children have loved reading 'Letters from the Lighthouse.' Before reading the text, the children were reading detectives, analysing a series of clues to try to make predictions about what the storyline could be and which main characters would feature in the story. As we've been reading the book, they've made valid links and connections to the story and clues that were discussed.

We've written a range of texts this term, using formal writing as our main focus. We've researched various aspects of WW2 and created reports about the Sheffield Blitz. The children were fascinated whilst learning about rationing and could not believe how little people had to live on each week! In SPaG, we have focussed on Y6 punctuation, including colon and semi-colon use as well as using active/passive verb forms and progressive and perfect forms accurately. It is great to see the children applying their understanding independently in the writing that they have been producing. 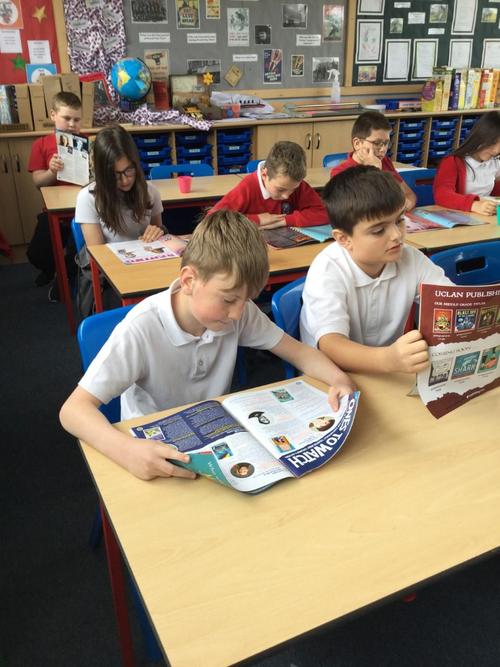 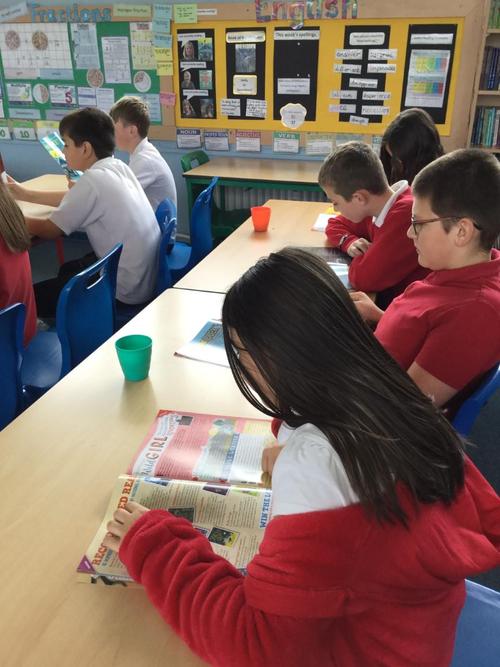 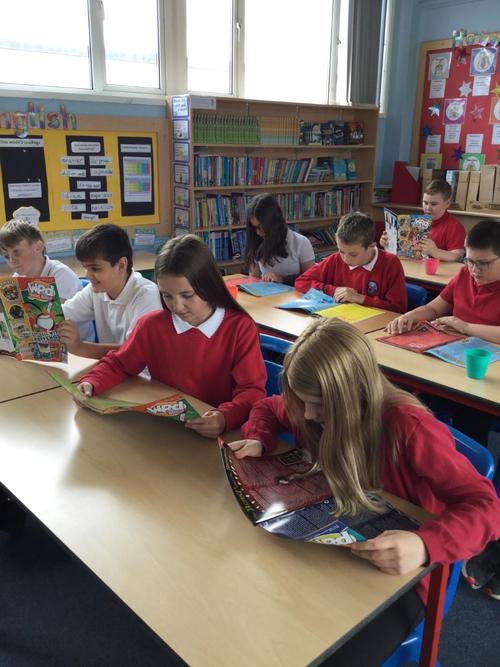 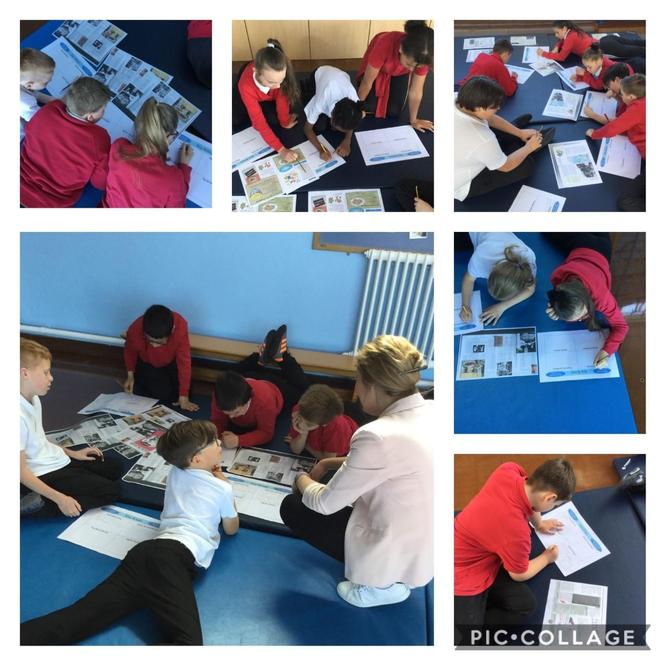 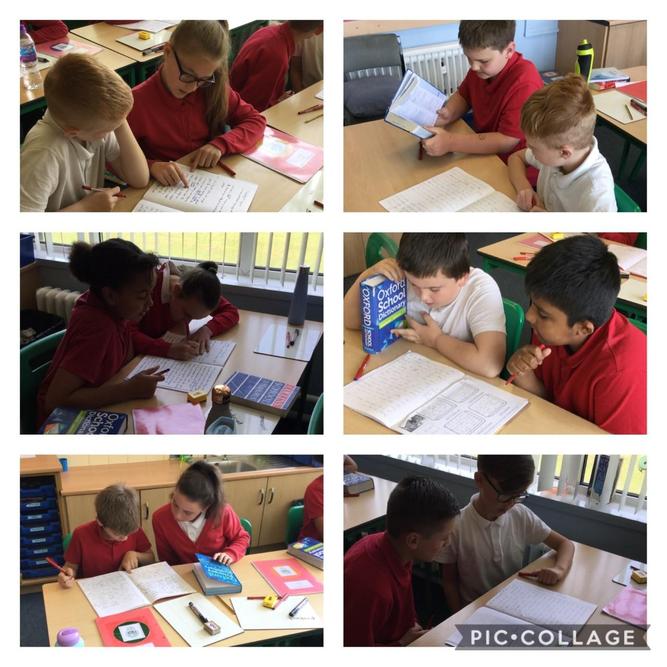 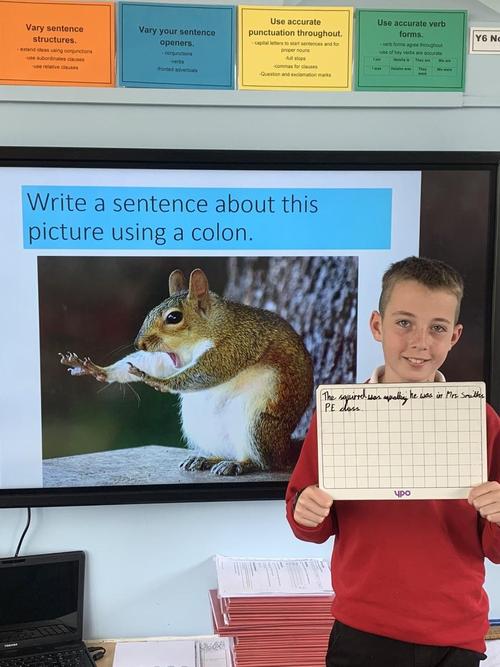 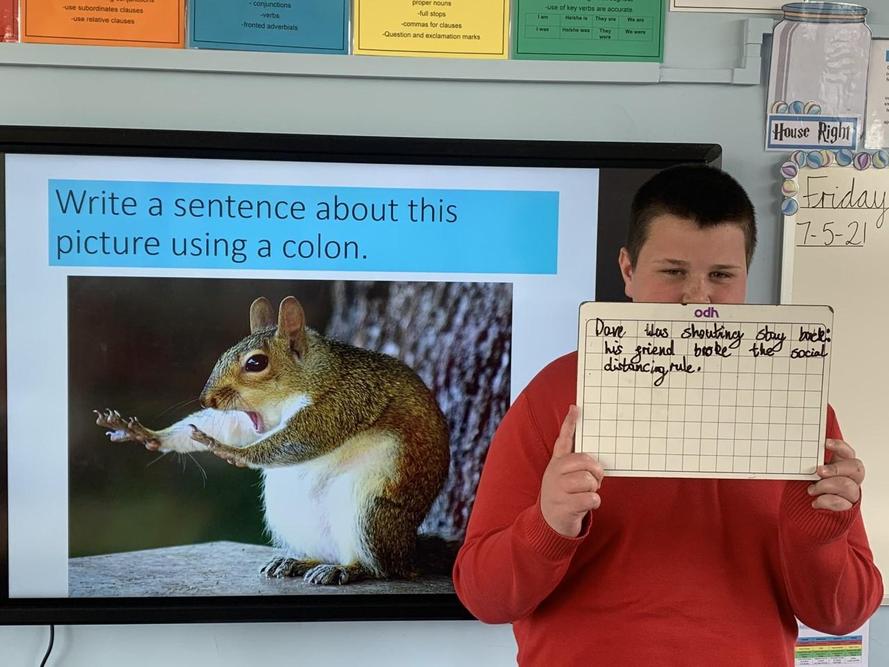 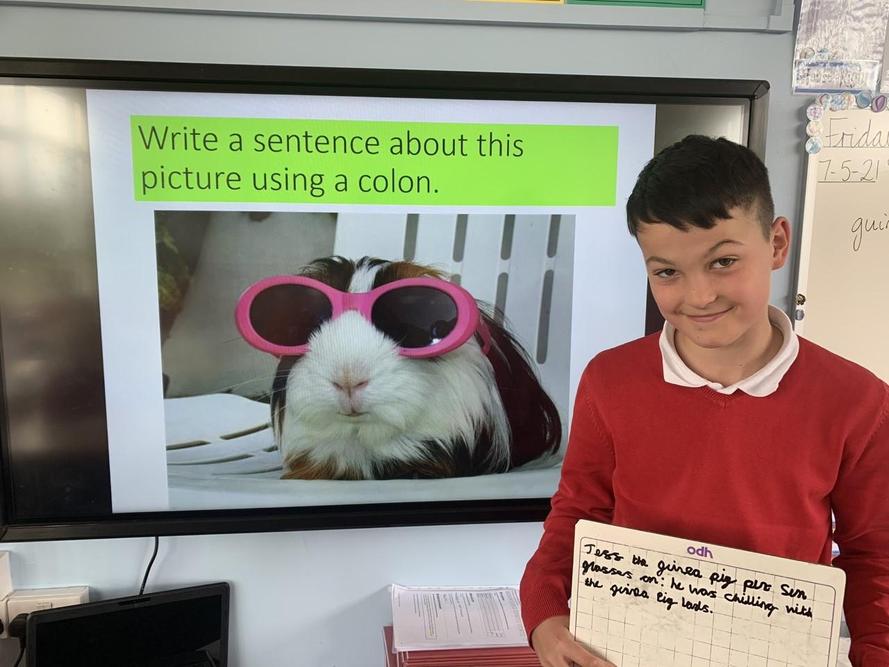 In maths, we have continued our learning of fractions, decimals and percentages, with a particular focus on percentages this half term. We have consolidated strategies for calculating percentages of amounts, linking our understanding of the relationship between fractions and percentages to help us. We have also applied this understanding through a range of problems. To link maths with our topic, we have recapped reading scales and used a variety of different scales to practically measure WW2 rations. We did this as a competition and the children were very competitive in being as close to the actual amount as they possibly could be!

We have continued to do our weekly arithmetic sessions and the children are increasing their calculation accuracy each week.

In art, we have continued to practice our pencil sketching skills through observational drawings of WW2 artefacts. the children loved creating a half-sketch of a WW2 British aircraft and we were very impressed with their shading skills.

This half term, we have studied two science units- light and evolution. The children have gained excellent knowledge about these areas and have taken part in practical activities linked to making periscopes and carrying out an investigation linked to translucency. They were extremely interested to learn about Charles Darwin as part of the evolution topic and were intrigued to discover the functions of parts of the eye when learning about how we see objects.

During the half term, the children have learnt a great deal about the events that led up to WW2 starting and which countries were involved in the war. The main focus for the topic has been the impact that the war had on people living in our local area. We have learnt about air raids and children had the opportunity to experience what it would feel like to be in an air raid shelter. We have studied various sources as part of our research, gaining a good understanding about how different people had very different experiences as part of the evacuation programme. We have also researched key events in Sheffield to write effective newspaper reports.

We are looking forward to our celebration day which is taking place on Wednesday 9th June when children can dress up in WW2 themed clothing and take part in traditional wartime activities.

This half term, we have been lucky enough to have some taster PE sessions from Mr Nicholas at Winterhill School. During his sessions, he has practised ball skills with us before teaching us a series of different games. We have enjoyed practising these games in our other PE lessons. On rainy days when we have been unable to go outside, we have been completing circuit training sessions to work on our general fitness levels. There have been some very hot and sweaty children at the end of these sessions!

The children have continued to work hard this half term and have produced some pleasing work as a result of their resilience and determination. We are looking forward to our final few weeks with these children next half term before they move onto their secondary schools for early transition.